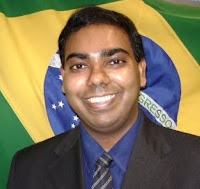 We talk about Business between India and Brazil with today’s guest is Avishek Nigam, talking with us today from Bangalore, India.

Avishek Nigam is CEO at Adhrit Solutions with operations in Brazil and India,  He was a Member of the Advisory Council of the India Brazil Chamber of Commerce and  also was a Member of the Consultive Board  of the World Trade Center in Belo Hoirizonte, Brazil. Avishek and I met several years ago at an American Chamber of Commerce event in Belo Horizonte, and I had the opportunity to interview him on Talk 2 Brazil  several years ago.
Where do you see opportunities between the countries?
Do Indian Businesspersons consider Brazil as a business opportunity? 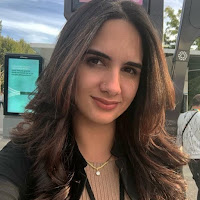 Today’s guest is Maria Paula Mazetto Founder of Trade It Global, a trading company, and specialist in international sales mainly Brazil, Latam, Europe and the Middle East.
Maria Paula was an exchange student during High School and studied for a year in Iceland.
She majored in International Relations at The Sagrado Coração University in the City of Bauru, SP Brazil and she also attended a Marketing Executive program at the Ohio University in Athens, Ohio, in the USA.
She has successful experience in international trade fairs in the United States, Colombia, Mexico, Egypt, France, Turkey, Russia, Italy, and United Arab Emirates.
She joins us today from Andradina, State of São Paulo, Brazil.
Ouça "International Sales, Maria Mazetto, Founder, Trade It Global, Brazil." no Spreaker.
Email ThisBlogThis!Share to TwitterShare to FacebookShare to Pinterest 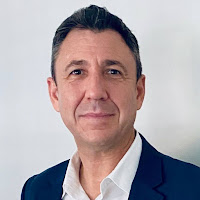 Today’s guest with us again is Alex Foessel we talked last here in April, and today he joins us from Pittsburgh, Pennsylvania. Alex Foessel, a specialist in R&D as well as robotics, innovation, and manufacture 4.0. Alex and I are members of the Future Advisory Board of the The Campinas Commercial and Industrial Association.

On the April program we talked about Brazil Business we talked about Automation Autonomy, Technology, Innovation, Robotics, and you mentioned Pittsburgh as an  hub.  What is happening there now and is it still growing as a Hub?