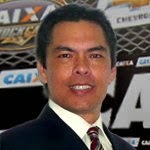 Listen to the Talk 2 Brazil interview by Tom Reaoch with Daniel Bland onLA Talk Radio  Oct. 28, 2013.  PLAY or DOWNLOAD
Although an American citizen, Daniel Bland was born in Germany.  He grew up in Hawaii but moved to Los Angeles, California at the age of 19 to attend university, and lived there for many years.
He established and operated a few small businesses during his time in California and this gave him the opportunity to travel to more than 20 countries.
During a visit to Brazil in 2003, he found it an interesting country and ended up moving to São Paulo in 2004.  He is currently a foreign correspondent, covering Brazil’s infrastructure forBusiness News Americas, a Latin American business intelligence service, and also an English teacher aimed at improving the skills of employees from numerous multinational companies.
Email ThisBlogThis!Share to TwitterShare to FacebookShare to Pinterest


Listen to the Talk 2 Brazil interview by Tom Reaoch with Wagner Alberti on LA Talk Radio Oct. 21, 2013 PLAY or DOWNLOAD.
A & M Imports LLC is an American/Brazilian partnership.
Wagner Alberti has been in the wines & spirits business since 1999 when he set up an import, export and distribution operation for food and beverages in Brazil in partnership with European investors. Wagner had also worked for large multinational corporations, such as BAT, PHILIP MORRIS and AMERICAN AIRLINES.
His international exposure includes working and studying in the UK, Northern Ireland , and in the USA as well as travelling frequently to Italy.
Wagner has solid experience in the marketing and sales fields with wide experience of over 20 years in business management and marketing segment of consumer goods; Technical and operational expertise in startup of international ventures comprising legal and bureaucratic issues; Extensive knowledge in trade marketing, generating business alliances with large retail chains; Expertise in strategic business and know-how in the distribution network (retailers, supermarkets, distributors and wholesalers).Wagner has a bachelor’s degree in Business Administration from Mackenzie University, a Post-Graduate Degree in Marketing from ESPM.
Email ThisBlogThis!Share to TwitterShare to FacebookShare to Pinterest


Listen to the Talk 2 Brazil interview by Tom Reaoch with Brian Winter onLA Talk Radio  Oct. 14, 2013: PLAY or DOWNLOAD
Brian Winter is the chief correspondent for Brazil for Reuters, based in Sao Paulo. He has lived in Latin America for the better part of the last decade, with stints in Sao Paulo, Mexico City and Buenos Aires. He was also a correspondent and the foreign editor for USA Today. He is the author or co-author of two books, including The Accidental President of Brazil, a memoir by President Fernando Henrique Cardoso.
Brian Winter was a previous guest on Talk 2 Brazil Oct 3, 2011
Here are some of his Reuters articles by Brian Winter discussed on the program:
Brazil's anti-spying Internet push could backfire, industry says
Brazil's Rousseff woos investors for infrastructure plan
Brazil opposition to join forces against Rousseff
Email ThisBlogThis!Share to TwitterShare to FacebookShare to Pinterest


Listen to the Talk 2 Brazil interview by Tom Reaoch with Meaghan Fitzgerald on LA Talk Radio, October 7, 2013 : PLAY or DOWNLOAD.
Meaghan talks about her recent visit to Brazil as part of the UK Trade & Investment TECH City trade mission to Sao Paulo where we had a chance to meet.
Meaghan Fitzgerald is currently the head of marketing at 23snaps , a free service that allows parents to save photos, videos and updates of their children and share that content privately with family and close friends.
Meaghan Fitzgerald has nearly eight years of experience working with technology companies in both the US and the UK in leadership, marketing, product and business development roles. She regularly blogs on technology, marketing and business related topics; contributes to online and print publications, including Little Miss Geek, a book dedicated to getting more girls interested in science, engineering and technology; and was named a Nokia Remarkable Woman and one of The Drum's 30 under 30 women in digital.
Previously, Meaghan was marketing director at Evently and Spoonfed Media Ltd in London and has held marketing and PR roles at PageOne PR (acquired by Lewis PR) and IMVU in Palo Alto, California. She also founded DormWise in 2007 which was sold to an industry partner in 2009.
http://www.23snaps.com
Email ThisBlogThis!Share to TwitterShare to FacebookShare to Pinterest

Listen to the Talk 2 Brazil interview by Tom Reaoch with William McHenry  on LA Talk Radio, September 30, 2013: PLAY or DOWNLOAD
William talks about the Mississippi State Delegation visit to Brazil led by Governor Phil Bryant. Joning in the converstion will be Dean Richard Alo and Assistant Dean for International Affairs Patricia Ann Jernigan.
William E. McHenry, Executive Director of the Mississippi e-Center at Jackson State University and Professor of Organic Chemistry, was born in Camden, Arkansas and attended Southern Arkansas University (B.S., Chemistry 1972) and Mississippi State University (Ph.D. Synthetic Heterocyclic Organic Chemistry 1977).  Dr. McHenry serves on numerous committees include the University of Kentucky’s “Systemic Thinking for Sustainability” to Harvard Universities’ Converge Center Advisory Board of Directors.
Before his current appointment, Dr. McHenry served in the Executive Office of the Oklahoma State Regents for Higher Education as Vice Chancellor for Academic and Student Affairs with responsibilities that included state-based student financial aid (for two years – 2004 and 2005) and Oklahoma’s Endowed Chair program.
He served as Assistant Commissioner for Academic and Student Affairs for the Mississippi Institutions of Higher Education 1997 to 2004, and as National Science Foundation (NSF) Program Officer (1990-1996) where he implemented the NSF’s “crown jewel” broadening participation program – the Louis Stokes Alliance for Minority Participation program.
He came to NSF from Mississippi State University where he served as Associate Dean of the Graduate School (1988 – 1990) and Associate Professor of Chemistry (1977-1990). Dr. McHenry has authored chapters in books on topics that range from ketenimines to mentoring.
Dr. McHenry is married to Ms. Barbara Phillips and they have two grown children – Melanie N. McHenry who recently earned her Ph.D. in Environmental Sciences from Jackson State University and William E. McHenry, II who is entering his 3 rd year in law school at Tulane University.  His wife is an educator in the Jackson Public Schools.
Richard A. Aló is the Dean of the College of Science, Engineering and Technology and Professor of Computer and Mathematical Sciences at Jackson State University, Jackson, Mississippi.
Prior to joining JSU he was a Program Director in Directorate for Education and Human Resources at the National Science Foundation.  Before attending graduate school, he was a Retrofit Systems Test Engineer for the Command, Control and Interoperability tasks of the US Air Force’s Semi-Automatic Ground Environment (SAGE) System at MIT’s Lincoln Laboratories.
He earned his MA and Ph.D in Mathematics with minor in Computer Science from the Pennsylvania State University, followed by one year Lecturer position.  He was a member of the mathematics faculty at Carnegie-Mellon University for 11 years followed by six years as Department Head of Mathematics and Computer Science at Lamar University in Beaumont, Texas.
He was selected as the 2002 Educator of the Year by the Hispanic Engineer National Achievement and Awards Conference (HENAAC). He has published over 150 research papers. His primary research and educational interests are computational science applications, fuzzy logic, grid computing, cyber infrastructure tools, automated reasoning and decision making.
He is currently a Co-PI for the DHS Center of Excellence for Visual Analytics for Command, Control and Interoperability Network Environments (VACCINE) and also serves as its Assoc. Director for MSI outreach.  Prior to his detail at NSF, he was PI on the NSF CI-TEAM Implementation award:  Minority Serving Institutions – CyberInfrastructure Empowerment Coalition (MSI-CIEC); co PI, NSF Cyber Infrastructure Net Science; and is co PI on the NSF Broadening Participation award, Computing Alliance for Hispanics and co PI on NSF BPC: Advancing Women to the Professoriate.
Patricia Ann Jernigan, Assistant Dean for International Affairs at Jackson State University recently visited Brazil as part of the White House initiative on Historically Black Colleges and Universities.
Email ThisBlogThis!Share to TwitterShare to FacebookShare to Pinterest
Newer Posts Older Posts Home
Subscribe to: Posts (Atom)

Today’s guest is Kumbirai Chipadza joining us from the Hannover, Wolfsburg region of Germany. Kumbirai is Founder and CEO of Deutsch Conn...