Listen to the Talk 2 Brazil interview by Tom Reaoch with David Leister on LA Talk Radio, Channel 1,  August 26, 2013:
David Leister is the Project Manager of the Minority Business Development Agency’s Global Business Center in San Antonio Texas, an agency within the United States Department of Commerce.
David is tasked with helping high performance minority-owned firms across the United States gain access to capital, contracts and procurement opportunities on a global scale by way of direct export, joint venture and merger and acquisition. He is well-acquainted with the intricacies, opportunities and challenges with doing business in Brazil and in many countries.
David is from Houston, earned his Bachelor of Arts from the University of Cincinnati, Master of International Business at Sheffield Hallam University in the UK and is a Certified Global Business Professional (CGBP).
In addition to fluency in several foreign languages, David is fluent in Portuguese and lived for over ten years in Brazil. David and his wife, Carlete, a Brazilian national, have a young daughter named Sarah, a dual citizen of Brazil and the United States.
David and I met recently during his visit to Campinas with Natalie Cofield, President & CEO Capital City African American Chamber of Commerce, Austin TX who has also been a guest on our program. I accompanied David and Natalie on Visits to the Campinas City Hall and the new Viracopos International Airport.
Email ThisBlogThis!Share to TwitterShare to FacebookShare to Pinterest


Listen to the Talk 2 Brazil interview by Tom Reaoch with Maureen Francisco on LA Talk Radio, August 19, 2013: PLAY or DOWNLOAD.
Maureen Francisco is the author of It Takes Moxie: Off the Boat, Or Out of School, To Making It Your Way in America, which is the winner in the Multicultural Nonfiction category of the 2013 National Indie Excellence Awards. A former TV anchor and reporter throughout the U.S. and reality show contestant, today Maureen has written for numerous publications including the Huffington Post, Young Upstarts, and many others.Maureen has made an appearance on the Rachael Ray show and was featured on Forbes.com in early 2013. She has appeared in more than 50 media outlets as a contributor, expert or talent.
Maureen is often asked to be an emcee/host, panel member or keynote speaker for various business organizations and universities. As the co-owner of NW Productions LLC, a media and production company, Maureen produces live shows, red carpet events, and reality programming. www.maureenfrancisco.com .
According to statistics, a non-English speaker will rarely find success in America. According to statistics, a child living in poverty will stay in poverty. Maureen Francisco was destined for the same fateful fact of life, where things just 'happen' to you. But according to Maureen, success is dependent upon what you do.
Maureen immigrated to the US from the Philippines when she was just five years old. Her English was poor at best and the teasing was non-stop at school. However, Maureen did not play the victim card. She used her experiences as motivation rather than limitation. She diligently practiced English until she mastered it, and wound up with a better grasp on it than her native English-speaking peers. She worked three jobs simultaneously to pay for her college education while still managing to graduate at the top of her class.
Email ThisBlogThis!Share to TwitterShare to FacebookShare to Pinterest


Listen to the Talk 2 Brazil interview by Tom Reaoch with John Thomas on LA Talk Radio, August 12, 2013; PLAY or DOWNLOAD
John Thomas is the Assistant Vice President for Economic Development for theFlorida Institute of Technology and a current City Council Member for the City of Melbourne, Florida.
He was first elected to public office on Nov. 7, 2006, and his current City Council term will continue to November of 2014. He has been appointed by the City Council to serve on the Airport Authority that governs operations of the Melbourne International Airport and has served a one-year term as Vice Mayor.
John also is on the Board of Directors for the Economic Development Commission for Florida’s Space Coast and the International Policy Committee for the Florida Chamber of Commerce.
In 1985, John began a career in law enforcement and attended the U.S. Department of Justice - Drug Enforcement Administration's Narcotics and Dangerous Drugs Law Enforcement School.  There he was the recipient of the Scholastic Achievement Award for being the school's top student.  He also received specialized schooling by the U.S. Customs Service, U.S. Secret Service, and the Florida Department of Law Enforcement.
In 2000, following a 15-year law enforcement career, John retired to begin a career in education.  He participated in the development of a new high school in Central Florida, Holy Trinity Episcopal Academy where he was the Dean of Students, Director of College Athletic Recruiting, and Head Football Coach.  During his seven year’s coaching high school football, John’s teams won two District Championships, made five playoff appearances and he was selected as the Florida Athletic Coaches Association District Coach of the Year four times.   He coached student-athletes who went on to play for schools including the University of Notre Dame, Harvard, Princeton, Penn, Columbia, and the Air Force Academy.
In 2008, John moved to the Florida Institute of Technology where he was the Director of Athletic Partnerships and then later the Director of Football where oversaw the start of the university’s new division 2 football program.
Aside from his work with the university, as President of Sino-American Ventures, John began working extensively in China, building government and business relationships between Central Florida and the People’s Republic of China.
In February 2012, John was promoted to his current position as the Assistant Vice President for Economic Development where he focuses on attracting foreign aviation, aerospace and other hi-tech companies to the Florida Tech Research Park, and the Space Coast of Florida.
In that time, John has focused primarily on the countries of Brazil, China, and Germany.  Most recently, John helped Sao Jose dos Campos based Archo Solutions engineering company expand to the United States and has initiated the Aerospace-Aviation Alliance of the Space Coast.  With Embraer’s world headquarters based in Sao Jose dos Campos, John worked to formalize a Sister City relationship between the city and Melbourne, Florida.
Email ThisBlogThis!Share to TwitterShare to FacebookShare to Pinterest


Listen to the Talk 2 Brazil Interview by Tom Reaoch with Jim Olson on LA Talk Radio, August 5, 2013 : PLAY or DOWNLOAD

His first retirement was as Financial Studies Manager for U.S. West Telephone Co., after 28 years of service. He then began a 15 year career as an entrepreneur and small business owner.  With Jean, his wife of 58 years, they originated and operated three real estate offices, in addition to several other profitable small businesses. Although retired, he continued to assume responsible roles with my community. Jim Olson is a Board of Directors member of a nationally recognized retirement community of 1200 residents. In addition, he is an advisor to the Area Agency on Aging and the Port of Olympia, WA.

His first book, DOING A LOT WITH A LITTLE, From the Depression to Century 21, is his life story from birth in the Great Depression through a long and successful business career, leading to a very enjoyable retirement. 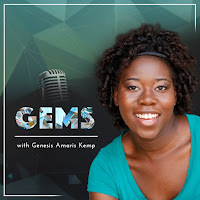