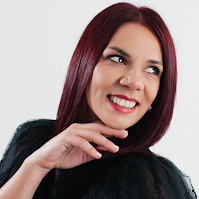 Today’s guest with us again is Manca Korelc talking with us from beautiful Slovenia and the city of Ljubljana. Manca is a world class LinkedIn Therapist, empowering companies using Linkedin to build brand and generate leads through modern social selling. She is also a lover of Lakes and Book Author.

Manca, recently on your newsletter you posted "7 Tips for 7 activities,49 times How to do the Linked Ing right. 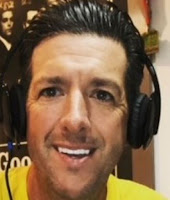 Dominick Domasky is s a publisher, author, storyteller, and founder of the inspiration sharing platform Motivation Champs and offers clients a full-service publishing platform from concept to published author.  I first interviewed Dominick in 2013 when Talk 2 Brazil was broadcast on LA Talk Radio in Los Angeles and talked about his first inspirational book “Don´t Double Bread the Fish”.

He now tell us about his evolution from author to publisher and how his experience and success,  helps others. I have a soft spot for first time authors having been through that myself. I´ve interviewed three of his published authors: Nicole Jensen, Tracey Yang and Evelien Vans Es .

Today’s guest is Evelien van Es and she is talking with us from Maarsen, Utrecht, Netherlands.

Evelien is Owner and Founder of Signature 4 Success, she is a Sparring partner, mentor and coach for business owners and Senior managers.  Evelien is also the Author of Be RelentlesslyYourself.

We met through a virtual connection on Linkedin from our mutual friend and previous Talk 2 Brazil guest Dominick Domasky. 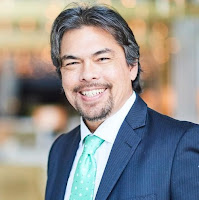 Today’s guest is  Daniel Bland who has been a guest several times before and talking with us from his office in São Paulo.

Daniel Bland is also an American living in Brazil, an Independent analyst and writer providing in-depth, up-to-date business news and insight, as well as corporate communication services in the Americas. A Facilitator for international business collaborations and media communications for some of the largest companies in the world. He is Editor Americas of Global Fleet, The Executive Network.

Daniel talks about the  Fleet LatamConference 2021 coming up this week showing , The Fleet LatAm Conference gives international and regional fleet and mobility managers the solutions to stimulate their business and the opportunity to learn from best practices in Latin American fleets. FREE REGISTRATION. 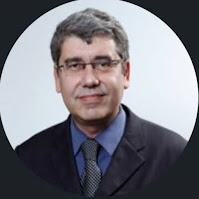 Gilberto Mayor is an expert in machine learning, with a PHD in Computer Engineering from the University of Southern California, large experience on leading the development of complex machine learning software for business problems. Expert in both Probability and Programming.

He has studied at The Federal University of Minas Gerais in Brazil, The Aeronautical Institute of Technology in São Jose dos Campos Brazil, Stanford University and Carnegie Mellon in Pittsburgh.

He was a Research Collaborator at the University of Campinas UNICAMP and is now CEO at BEEGOL a machine learning company in Brazil.

Gilberto, you have studied at some of the best schools in the world and you are an excellent example of People Learning and a fantastic example of Machine Learning, what are the similarities and differences? 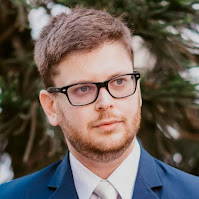 Renan Bandeira is a graduate of the Federal University of Ceara,in Computer Science, finished a Master´s degree In Computer Software Engineering in 2018.  In 2012 he was an exchange student at Universidad de Salamanca in Spain and in 2014 a Volunteer Experience in Social Service at CMF International in Mexico. There he met new people and tried to change students’ minds making them think about their Future! Renan was highlighted in a recent newspaper article aboutBrazilians working internationally without leaving Brazil. After reading the article I immediately invited Renan to connect on LinkedIn.

Renan, when you were in Mexico talking to students did you ever think that one day you would be sitting in Fortaleza and working for a company in Orlando and now in New York? 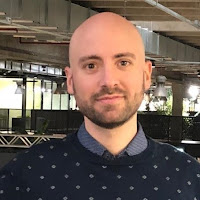 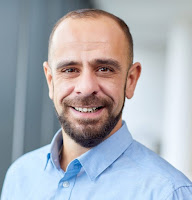 Flavio Oliveira, Communications Expert, Brazil, Europe talking with us today from his office in João Pessoa, Paraíba, Brazil. Flavio Oliveira is the Founder and Senior Communication Manager at Junger Communication in Amsterdam, Netherlands, specializing in Sustainability, Diversity, Equality, Culture, Art, Digital Marketing Strategy International Relations and Future Thinking. Brazilian, who studied in England, lived and worked in Holland and Spain,  For starters shares with our audience what is Integrated communication , and  services offered in Europe and the world?

Today’s guest is Mark Herschberg talking with us from his office in New York.

Mark is the author of The Career Toolkit, the essential Skills for success that no one taught you!

And those skills Networking, Negotiating, Communicating, Leading, and Career Planning.

Mark, you say “The Career Toolkit shows you how to design and execute your personal plan to achieve the career you deserve “.  Does that work anywhere in the world? 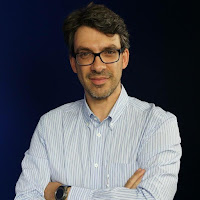 Luis Rasquilha is Chief Executive Officer at Inova -TrendsInnovation Ecosystem, Brazil. which represents Inova´s Consulting, Inova Business School, includes: Inova Research, Inova Online and Inova Club.  Luis is a Futurologist and Trends Expert , has been a guest many times before, always talking about the future. Today we´re going to talk about Future of Business opportunities in Brazil and specifically the Greater Campinas Region for Brazilian and global companies. 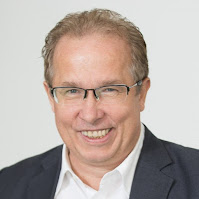 Today’s guest is Jean_Yves Laguillez  talking with us from his office in Paris ,France.

Jean-Yves is another example of Virtual Networking. He was presented to me by Julien Sicard who lives in China and a previous guest on Talk 2 Brazil.

Jean Yves is an authentic China expert, C- Level Executive with strong experience to develop business, marketing strategy, sales and to lead company in China and Asia zone for over 10 years. He is Co-Founder of Emotion Digital an agency located in Shanghai and Paris, which helps western brands get into China through WeChat marketing and other social media platforms in the Chinese digital landscape. 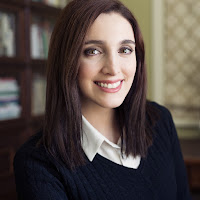 Today’s guest is Karen V. Ordones talking with us from her office in Tartu, Estonia.

Karen is Cofounder & CEO at Tutor.id. an EdTech companywhich you can find at tutor.id.

Tutor.id is the #1 global platform designed with tutors in mind. A marketplace with  powerful CRM, billing, class management tools to fuel internet-powered entrepreneurship and to equip tutors with the tools to establish, grow and manage their brand & business.

Karen talk about  her life´s journey from Brazil to Estonia! Why Estonia? Why Brazil Now?  AIESEC? 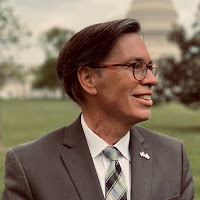 Ian Houston talking with us from his office in Washington DC in the USA.

Ian Houston is President and Ambassador of the ScottishBusiness Network US. A nonprofit organization in the US with the goals of supporting Scottish companies and organizations access opportunities in North America and to bring together the Scottish diaspora across the continent. Also advocate for American entities, investors, and policy decision-makers to engage with Scotland more deeply.

Ian, tell us about Scottish business outreach to the world and what´s in store for 2021.

Ian Houston is also a Contributing Editorial Writer at theHerald Scotland,  the “Letter from America”. 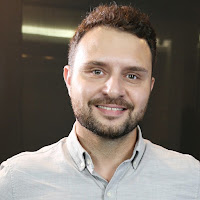 Advisory Board Member of Kovver APP, a music platform that allows you to play and sing with your idol, removing or adding musical instruments and vocals, whenever you wish.

Erico, last week I interviewed Marcelo Knobel Rector of Unicamp University of CAMPINAS and talked about how Campinas has the power of attraction for startups and entrepreneurs. You are an example of that!   Talk about your experience as one on these companies! And what makes the regionspecial from other ecosystem hubs in Brazil.  What do you see as the secret to continued success in the Campinas? 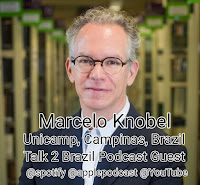 Marcelo Knobel is Rector of the Universidade Estadual deCampinas Unicamp, Marcelo has been at the University for over 25 years in several roles as a Professor, Dean and Rector and was also a student earning his bachelor’s degree and PHD in Physics.

Marcelo is a Member of the Technical Standard Committee IDCA- International Data Center Authority in Wasington, DC. IDCA was established to streamline, structure, educate and give direction to the information technology, data center and cloud industry.

Unicamp was founded in 1964 and is recognized as: One of the three best universities in Latin America,

One of the top 100 universities in emerging economies. The Top Brazilian university in number of patents.

The best in the country in the areas of Computer Science and Engineering and Technology for two consecutive years (2018-2019) .

Marcelo knows the university inside and out and as leader have maintained the power of attraction for the University for the city and for the greater region of Campinas, attracting and creating academic, business and research opportunities. He shares :What do the next years look like in terms of growth and innovation? Where do you see the University and the region of Campinas?

Ouça "https://www.spreaker.com/episode/43164110" no Spreaker.
Email ThisBlogThis!Share to TwitterShare to FacebookShare to Pinterest 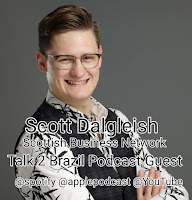 Scott Dalgleish is Head of Marketing at the ScottishBusiness Network, an independent international membership organization for Scottish entrepreneurs and business leaders. With a goal to facilitate greater communication and connectivity between the group of talented Scottish companies and a network of the leading Scottish diaspora around the globe. Scott has been a guest before, and it is always a pleasure to have him back.

Looking forward to 2021 and at the same time business challenges and opportunities how do you see that future for your members? Do you see a stronger outreach rom Scottish companies in the global market? 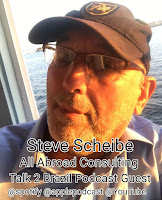 Steve Scheibe is managing Director of All Abroad Consulting, He is a Professor at National University in San Diego where he teaches International Business courses, He is also a Volunteer Mentor at InovAtiva Brasil, mentoring Brazilian startups seeking to grow business activities in North America.

Steve has lived in Brazil and knows it well we´ve had a chance to meet here in Campinas at business events and where he is on the International Board of Advisors for   Hope Unlimited Cidade dos Meninos in Campinas.

Steve, every year you make your forecasts regarding Brazil and to keep the tradition you recently published on allabroadconsulting.wordpress.com your 11 predictions for Brazil 2021. 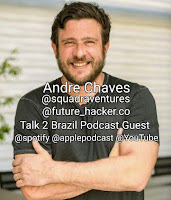 Today’s guest is Andre Chaves talking with us from his office in Sao Paulo Brazil.

Andre is Chief Growth Officer, Squadra Ventures, focused on Business Development of innovation and technology-driven projects; He is Strategic Advisor to bettrAds an AI Adtech SAAS Platform that empowers marketing teams to get more performance on their Ad campaigns and Founder of Leme Growth, helpings companies and startups in the technology, media, and communication segment to digital transformation and to identify innovative growth alternatives.

Andre is also a volunteer and co-founder of Future Hacker, exploring new paths, new discoveries, and new thoughts that should become reality in 10, 20, 30 years.

The Global market has become one market, and probably in the next ten years we will see markets on other planets, as you see it “What is the outlook for 2021 tech driven projects in Brazil? “ Why should international companies and investors look here for opportunities?

Today’s guest is Karen V. Ordones talking with us from her office in Tartu, Estonia.   Karen is Cofounder & CEO at Tutor.id. an EdTec...